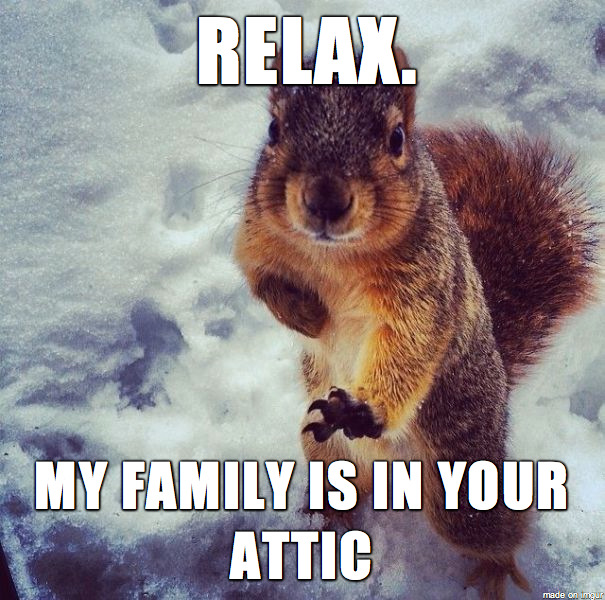 As a homeowner, I have places I enjoy being in  and there are others that I’d just as soon avoid.

I am not fond of being in the crawl space or the attic.

There’s a certain amount of seasonality to my druthers.

The crawl space isn’t too bad in the summer because it’s always nice and cool.

But when you’re 6’2″ tall, the term “crawl space” doesn’t indicate a lot of altitude.

Most of our other homes had basements which meant I could stand upright when I was in them.

But, for the most part they were a bit dank and musty, despite our best efforts to keep the spiders, silverfish and centipedes at bay.

Many times, they evolved into downstair landfills that were marginally air-conditioned.

Often times, we had workshops in the basement but that wasn’t all that great when you tried to keep the sawdust and fumes at bay.

The current palatial estate of the Fosters has an attached single bay garage adjacent to the two-vehicle area which serves just fine as a workshop.

Getting in and out of the crawl space was always a challenge until I discovered something called a “Turtl” but that required a fair amount of excavation and labor to install.

I still need to do a little Chubby Checker “limbo” to enter or exit the crawl space but it’s still much better than the old days.

I try to limit my time in the crawl space because to get from one side or the other, I must employ the classic “military-style” crawl.

Since I was in the Air Force, I’m not used to that real military stuff but various home improvement projects have necessitated me going “underground” .

But it is cool.

If you are claustrophobic, keep out of my crawl space.

Half of it ain’t bad.

My wife and I secured several sheets of plywood between the rafters and turned that into a well-lit and relatively roomy storage area for our “seasonal” stuff.

Unfortunately, whenever I need to do some wiring or lighting work in the house, a trip to the “other” half of the attic is is normally required.

The first part of the excursion is simple.

Pull down the ladder and climb up the stairs.

But to get to the living room, kitchen, dining room, bathrooms or bedrooms, it’s like navigating the Maginot Line.

Once I squeeze through the wooden “V” maize of trusses that connect the garage to the house, I’ve passed the first test.

But remember, I’m 6’2″ tall and the space is a bit smaller than that.

I can nearly stand upright in the middle of the attic and stride unhindered for the most part.

Except, there’s the big, black snake there which is the air conditioning duct for the house lying right in the middle of my path.

Unlike the first half of the attic over the garage, there are no sheets of plywood here to walk on.

You stride gingerly on the 2×4’s and 2×6’s until you reach your destination.

I’m proud to say I’ve never stepped through the ceiling but every time I venture into the attic, I’m tempting fate and pushing the odds.

I’m a step away from a Chevy Chase “Christmas Vacation” moment.

Unfortunately, none of the work ever needs to be done in the relatively roomy middle portion of the attic.

It’s always toward the edges where the roof meets the eaves.

That’s where the rooms are.

No standing there unless your Mini Me.

So you lay down, across the 2×4’s and attempt to do your work in at best, marginal lighting conditions.

Most mattresses are not made with 2×4’s and there’s a reason why.

They’re not really comfortable to lay on as you work much less sleep.

I normally come out of any attic venture with some bruises and aches that seem to show up about 24 hours later.

Plus, you have to push away  snow drifts of pink insulation material to get to the lights or junction boxes.

Did I say insulation in a 25 year old house is dusty?

You also have to carry every imaginable tool you might need for the project with you.

Heaven forbid, you wiggle your way to the work area and realize you left your wire strippers in the garage workshop.

Over the years, I’ve left a screw driver or two in the mountains of pink fluff when the tool rolled off my work perch.

Plus, I’ve left significant DNA samples in the attic, cutting my fingers on edges of sharp metal or scraping the top of my head on a protruding roofing nail.

Attics are not meant to be visited anytime after early April until mid-October. If the sun is out, it gets really warm up there.

I made the mistake climbing into the attic to install can lights lighting in early June for the kitchen  remodel a few years ago.

My wife almost got to experience what being single was like in the 21st century.

I’ve survived my most-recent attic adventure to install a new ceiling fan in the master bathroom.

But if it ever goes bad, I’m going to tell by wife to put a portable fan on the sink and blow it out the window.