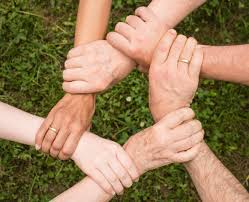 I like to scan my information sources for little nuggets and gems.

Some might say I have an eye for the offbeat and unusual.

Maybe even a “nose for news”.

So my “spidey sense” tingled the other day when I happened upon a headline that read, “Bag With 54 Severed Hands  Found in Siberia”.

The story indicated that a fisherman had found a bag with 27 pairs of  detached hands, near a popular fishing village not far from the border with China.

And not just 54 hands…27 matching sets of hands.

That in itself is “strange”.

The story went on to say this area is a popular fishing destination for Russians.

Government officials advised there was nothing to worry about.

(When I read that, I was immediately worried!)

They said the bag was likely disposed by a local forensics laboratory near Khabarovsk “bucking  proper protocol”.

Masters of understatement, these Russians.

Was this the first sign of a new crackdown in Siberia to punish litterers?

But I’m sorry to say, as soon as I read the story, my mind was reeling with all the one-liners, puns and double entendres  that an overactive mind from a a person with a warped sense of humor can have.

My first thought was the container  in which the hands were recovered.

Was it a handbag?

Then I thought of possible headlines and stories as Russian officials probed the matter.

“Police Hope to Handle Case in a Snap”.

“Officers Expect to Finger the Culprits”.

“Siberian Officials Give ‘Thumbs Up’ on Probe Progress”.

Then, I also tried to come up with other possible scenarios that could explain a bag of 54 hands showing up in Siberia.

Was this a twisted order to be delivered to a local palm readers’ convention?

Did they take  a vote at the local gulag and ask for a show of hands?

Did a local sports team take too literally the call for “high fives” at their last game?

I gotta hand it to you, my mind is reeling with the possibilities.

As the investigation continued, authorities might have real problems “cuffing” persons of interest as they bring them in for questioning.

Was a bakery considering a new “Lady Fingers” recipe?

Maybe someone thought these were ‘starts’ for palm trees.

The victims were definitely not “do-it-youselfers” because they weren’t very handy.

As you leave, don’t expect anyone to wave good-bye.

Because of this discovery, will someone be making money “hand over fist”?

Maybe these people weren’t terribly talented and adept, but they weren’t all thumbs.

Did they paint by-the-numbers or were they free-hand?

Now, if the Russian government really believes what it says regarding, “There’s nothing to worry about”,  my guess is they’re “pointing the finger” at this forensics lab in Khabarovsk.

At the morning roll call, a company officer at the lab asks, “Okay, which one of you wacky comrades tossed the bag of hands over the fence last week? Ivan, you practical joker you, this prank has your fingerprints all over it.”

Then, I remember stories from  pet owners about their cute little puppy or kitty coming home with a feathered or furry treat in their mouth, just for you.

All I could of think was one of my old Boxers dragging that bag onto the porch through the dog door and my wife calling me at work.

“John, YOUR dog just dragged the most disgusting thing ever onto the patio and you have to come home and do something with it!”

To which I eventually respond, “A bag of WHAT?”

Now, my understanding of a forensic lab is it’s a place where they conduct tests and analyses in a timely fashion.

Although forensic lab technicians perform most of their work in an actual laboratories, they sometimes get called to crime scenes to collect samples and mark evidence to take back to the lab.

These technicians analyze and interpret the evidence before them.

Sounds to me like they do a lot of work under the microscope.

I can’t imagine you need a microscope to look at a bag of 27 pairs of hands.

So why did this Russian forensic lab need so many severed hands if, in fact, that’s where they came from?

I thought if you were collecting material from beneath folks’ fingernails, you didn’t need the entire hand.

So, instead of collusion, I think I we ought to look into why we’re finding bags of hands in the snow near a popular Russian fishing spot.

Someone told me the fishing in that region is the best in the world…hands down.

I’d ask for a round of applause but that might not be possible, at least for some.