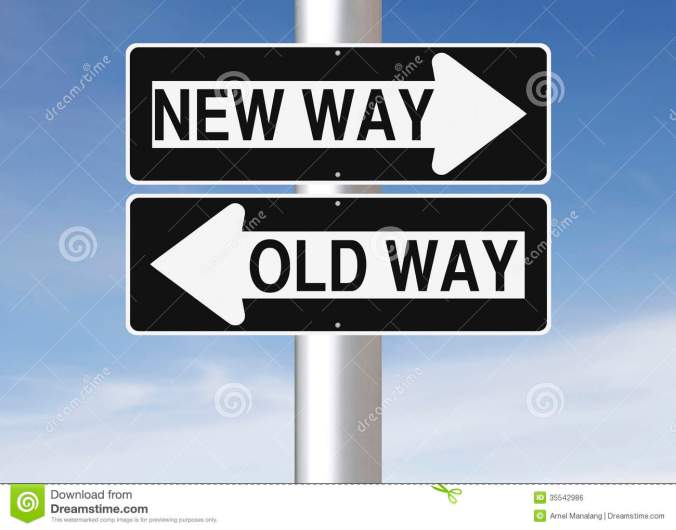 Back in the early 70’s , there was a drummer called Buddy Miles who had a somewhat significant hit called, “Them Changes”.

It had that brass-rock sound similar to Blood, Sweat and Tears, Chase and others that ushered in a new, fuller sound to contemporary music.

George Allen “Buddy” Miles recorded and played with Jimi Hendrix and Carlos Santana to mention a few but most folks would probably recognize him best as the lead voice in the old “California Raisins ” TV commercials.

“Them Changes” was about the break up of a relationship but I was enthralled with the raw energy, the horns, the beat and frankly, the Buddy Miles Afro.

He had one of those “do’s” that looked like a hair umbrella.

I chased down “Them Changes” recently and I wondered how I could have forgotten that song.

But that’s because I’ve been going through “Them Changes” just like everyone else.

If Mr. Peabody was here with his boy, Sherman, we’d be stepping into the “Way-Back Machine” right now.

I caught myself commenting the other day while filling up my truck with gas that $2.68 a gallon wasn’t too bad.

How about when Vinnie Kennedy, Don Eyerly and I would borrow Harry Eyerly’s boat of a station wagon and cruise the town.

We’d go to the Pay Less gas station and for a buck, you could almost get 5 gallons of gas.

An investment of $2.68 back them would have gotten us about 11 gallons.

Then I remember my Mom giving me a note which said, “Please sell Johnny two packs of Camels. Thanks. Mrs Foster.”

She’s give me a buck and send me to Johnny’s Food Basket on Ashland Road and they’d sell me her cigarettes.

Try that today and you’d be jailed for child abuse.

Back in the 60’s, the Kennedy administration urged us all to take 25 mile hikes.

Childhood buddy Pete Gottschling and I convinced my parents to drive us to Fitchville and drop us off so we could hike to my Aunt Helen and Uncle Chuck’s house near Huron.

We came up a bit short on our quest,  not quite reaching Huron.

However, my other buddy Alan Berry and I decided to take a two-day hike from Mansfield to Huron the next year.

That meant an overnight camp-out in a field about halfway to our destination.

The next morning, after picking ticks off, we started day two when a summer thunderstorm threatened to soak us.

But a couple just south of the Lone Elm Inn invited us into their house.

We sat out the storm, watching TV and chatting before we stepped off and finished the entire 50 mile jaunt.

Stopping at a complete strangers’ house.

Not today though, right?

I don’t remember many kids with peanut allergies in those days.

But I do recall kids with metal braces on their legs due to polio.

I also remember lining up in the hallways of Wooster Heights Elementary School to enter the gym and get the oral polio vaccine.

At East Mansfield school, the gym was partitioned off for several classes.

We would conduct drills where several of us would pull the heavy drapes closed over the large glass windows before we would all crawl under our desks to shield ourselves in the event of a nuclear attack.

Later, I would shake my head at the futility of those drills.

However, the irony of crawling beneath my desk to tuck my head between my legs and kiss my fanny good-bye was not lost on me either.

I summer, we’d be outside playing for endless hours.

The only thing battery-powered was the flashlight we’d use at night.

The only thing with a screen was the black and white TV in Alan Berry’s basement.

When you came indoors, the more fun you had and the harder you  played, the more “dirt rings” you would have.

“Dirt rings” would be found in your “elbow pits” and on the front of your neck.

No sanitary wipes or antibiotic hand lotions for us.

Most times you’d just wipe your hands on your pants or shirt and press on.

In the winter, we’d be sledding and snowball-fighting until our cheeks were beet-red and our clothes were soaked.

Layers of clothing would be hung over chairs and doors and boots would be turned upside down over heat registers.

To this day, I’m amazed any of my sisters produced children after our toboggan rides over the jumps we built on the backyard hill. The slam to the snow-covered earth after going airborne was jarring.

We drank from hoses, rode bikes and didn’t wear helmets, we ate uncooked hot dogs tossed to us by the butcher at Weidles’ when Mom went shopping for meat every Saturday morning.

I’ve heard that change is the only constant.

My kids and grandkids are gathering memories that will one day seem bizarre and strange to a future generation.