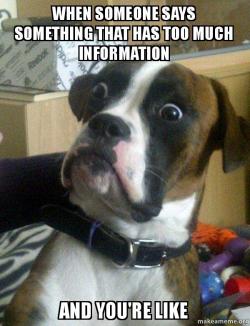 Bacon is #1 on my breakfast meat list but sausage is a solid #2.

And, if you include smoked sausage and stretch the list to include bratwurst and hot dogs, sausage might be tops.

But just because I like sausage doesn’t mean I want to watch it being made.

That concept came to mind while following the U.S. Senate Judiciary Committee hearings on the nomination of Judge Brettt Kavanaugh.

Hey, in my professional life, I’ve been a member of the “4th Estate”.

I’ve been able to see the inner workings of government, generally on the local level for years.

Neither of those options is best.

The “Sunshine Laws” have opened up most public meetings to you and I but, let’s be honest.

If you think elected officials don’t discuss matters  prior to or just after the opening gavel, you’re not living in the real world.

I really have no problem with that.

But before we take a vote to spend my money or pass a law,  allow me to ask some questions on how you came to this point.

The Constitution guarantees “Freedom of the Press” but  I’m not sure we need access to everything without some responsible action by the media.

There was a time when it was important to have a “scoop”.

But I was always taught I had to be right before I was first.

“Back in the day”,  the public sort of gave the government “carte blanche” when it came to information but the CBS coverage of the Senator Joseph McCarthy hearings changed that.

And I thought that was a good thing.

Later, the “Pentagon Papers”  gave the media even greater latitude.

But, like anything else, some folks take things to extreme and think that “open door policies” mean those things are never shut.

I agree we all have a right to know.

However, I have some timing issues.

In the Kavanaugh hearing process, I must wonder aloud if we all needed to hear about “genital grinding or rubbing”, flatulence,  excessive beer drinking and vomiting.

I’m no prude but I just don’t know why I had to hear that on my radio and television.

I’d like to think that these elected officials should hear of these matters and decide accordingly but does that have to be done with microphones and tv cameras present all the time?

Especially now, when the tactic is to “Ready, Fire! Aim” when it comes to reporting.

The tactic seems to make sure that you are the first one to point and accuse and to hell with the facts.

Reporters and media-types need to take the Jack Webb “Dragnet” approach to reporting.

Sgt. Friday would be interviewing a victim, and some time, early on, he’d say, “Just the facts, Ma’am.”

There’s way too much “speculation” and “guessing” in news reporting today and that’s driven by the reality of wanting to be “first” and to have “new News”.

I remember watching the O.J. Simpson slow-speed car chase and the reporters were constantly speculating on what was going on in the auto.

I don’t care what sort of an “expert” you are, unless you were sitting in the backseat, it’s, at best  a “WAG” (another military acronym).

So, the non-discerning public hears a half-baked story or a “guess” and dashes off with “all the facts”.

“News” today is driven by the insatiable appetite of 24 hour news networks.

I would argue that “new” isn’t always “News”.

Is an apple a pie?

It needs some some flour, a little dough, some sugar and cinnamon and has to be baked in the oven at 325 degrees for awhile.

If you stop at any juncture with the ingredients, it’s not a pie.

It takes time to “make ’em and bake ’em” and when you go “wacky bananas” when you hear or read something in the news, how much isn’t being reported yet?

Or is even known?

A fresh-picked grape really isn’t wine, is it?

Years ago, we chuckled when Jerry Springer was going to run for Governor in Ohio.

I think I might have seen him during the hearings.

There are dozens of them masquerading as “elected officials” along the banks of the Potomac.

Listen and watch as they ask their multi-layered questions and follow-ups with neatly-combed hair and perfect teeth, preened for the camera.

Look closely at their ear lobes and you’ll see tiny tattoos that read, “inflate to 32 psi”.

I found it ironic on the day following the Senate judiciary hearings that my calendar said it was “Drink a Beer Day” and “Ask a Stupid Question Day”.

I don’t makes this stuff up.