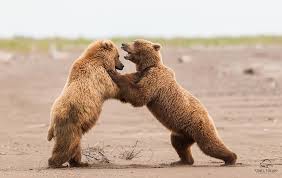 As a kid growing up a few years ago in northern Ohio, a bit south and east  of Detroit, I used to watch a lot of black and white tv.

Saturday night, we could catch “Big Time Wtestling” on the tube.

Cobo is where skater Nancy Kerrigan was clubbed in the knee in 1994 in that made-for-tv spat with Tonya Harding.

The arena was named for the former mayor of the Motor City,  Albert Cobo.

One of my my favorite wrestlers was “Bobo Brazil” and he seemed to wrestle often at Cobo,  nicknamed “The House the Sheik” built.

Born Houston Harris, Bobo played baseball in the Negro Leagues for the “House of David” before he climbed over the ropes of the ring.

Bobo’s favorite wrestling “shtick” was the “Coco Butt” when he’d put opponents away with a head butt.

Today he couldn’t do that and would probably have to go through “concussion protocol” before returning to the ring.

He’s in the Professional Wrestling Hall of Fame, located in downtown Wichita Falls, Texas, actually not that far from where wife Neav and I first lived as a married couple.

Bobo was in the ring during the time when other wrestlers like “Killer Kowalski”, “Bruiser Brody”, Greg “The Hammer” Valentine and “Dirk the Bruiser” performed on the canvas.

Years later, I got to interview George Raymond Wagner (aka “Gorgeous George”) who took several minutes pointing out various scars and dents in his head produced by opponents over the years.

That’s what I get for asking him if the matches were faked or rigged!

I actually toyed with the idea of wrestling while in junior high.

I was close to 6 feet tall and didn’t weigh much more than a whisper but I guess the coaches thought I could get good leverage with my lanky frame.

If I turned pro, I could’ve been John “The Lever” Foster.

So much for my wrestling career.

Years later, “Victor The Wrestling Bear” came to Mansfield, OH for an exhibition.

When these shows come to a town, they almost always reach out first to the local radio station for interviews and possible victims, er, volunteers to wrestle.

I’d almost always was the first to put his hand in the air when the call went out for events like this.

I figured “bear wrestling” would look good on my resume.

The scene was the Richland Mall  in Ontario, OH and they had a real ring and everything.

After the signing the numerous waivers to keep me from suing anyone this side of the moon, I was ready for battle.

My opponent was actually Victor II since the original bruin passed away a few years earlier.

There’s also a fair amount of debate about possible losses Victor the First had.

Suffice it to say, the original Victor won many more matches than he lost.

I climbed into the ring, ready to rumble while Victor II prepped by drinking a bottle filled with grape juice.

As he was swigging away, somebody hollered, “Victor” and the bear looked away while grape juice flowed down his chest.

This would turn out to be bad news for me later.

The “ref” explained  the rules to Victor and me which I found odd and then the command was given to “Wrestle!”

I assumed a classic pose with my right hand around Victor’s big hairyness and the bear had his muzzle snout pressed against the side of my head.

He was snorting and huffing and his breath roared past my ear like standing next to the exhaust of a jet engine which I did for a few years while in the Air Force.

Victor’s hot breath reeked of grape juice and I also quickly realized that I was virtually adhered to the creature by the sticky grape drinking he spilled down his chest during the pre-match photo session.

We danced around the ring upright for several moments, allowing me to make a foolish assumption that I might be able to make a quick takedown move and go for the pin.

Vistor’s trainer shouted something that was of eastern European origin.

I immediately found myself face down on the mat with Victor’s snoot it my armpit as he attempted to make my left arm arm into a pretzel twist.

I thought I heard a siren signifying the end of the bout but it was actually my high-pitched scream of pain from having my arm bent in unique positions.

The declawed and defanged Victor had secured yet another triumph.

I walked for several weeks with my right shoulder trailing me since walking straight and erect was virtually impossible due to the pain of my wrestling injury.

I figure I’m in a somewhat exclusive club of “bear wrestlers” trodding the planet these days.

Maybe I’ll be a footnote in the history of Victor II, “The Wrestling Bear”.

Perhaps a cameo in the movie?

I can “bearly” stand the excitement.