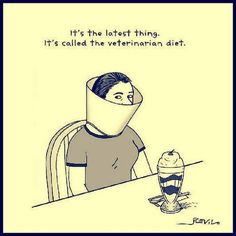 My wife Neav and I were visited by our best friend Nancy earlier this spring.

It was clearly evident that she had lost some weight so my wife inquired as to what she had done.

After Nancy went back home, Neav announced, “I think we should start eating healthier”.

In our family, we practice, “W-G-W-G-G” which stands for “What Geneva wants, Geneva gets”.

I told my wife that I’d eat whatever she puts in the trough because it’s been that way for nearly 50 years and seems to work.

My bride said she was going to do some more research and she’d come up with a plan.

Right then, I made an executive decision to cut our bread, potatoes and pasta.

So, when Neav told me we ought to try the Keto diet, I had already dropped about 7 pounds.

Our oldest daughter and her hubby decided to take the plunge with us and so far, collectively, we’ve lost the equivalent of a good-sized person among us.

I have slacks that started fitting better and my belt is back to the last notch so if I need something tighter, I’ll need to punch a hole in the leather or buy a new belt.

Or simply staple my slacks to my hips.

I’ve rediscovered some other clothing in my closet that used to be too snug before the pounds started to evaporate.

Now, this is not the first time we’ve tried dieting.

But, in this go-around, this Keto-thing seems to work for us.

We’re not militant about our weight loss and sticking to the Keto “Bible”.

But, bread and tater-consumption has virtually disappeared.

We haven’t bought a loaf of bread since April and we used to go through one a week.

Can’t tell you the last time we bought potatoes either.

Not to say we won’t have a taste on occasion.

But now, one small serving of potatoes and gravy offers the taste I like.

No longer do you see Mt. Vesuvius with a crater-full of gravy on my plate or a revisit to the serving platters.

Now, the real test will be around Thanksgiving when the traditional fare includes dressing, potatoes, gravy and candied yams plus lots of pie.

But, our family Easter dinner always has Neav’s tasty ham gravy and mashed spuds and I had just a small helping and kept away from plate reloads.

This diet encourages lots of vegetables, meats and eggs so I’m fine.

Salads are great  for me and while we eat a lot of scrambled or hard-boiled eggs, I’m not bored with them…yet.

I also discovered that when you start a diet it is critical to getting started on the right foot.

When I initiated “Operation: Bread, Taters and Pasta Be Gone”, it was during the week, when I’m typically busier.

So by the time the weekend rolled around, I had already endured the initial hunger pangs and I found it easier to stay out of the fridge and the cupboards.

One of my Saturday morning traditions was two pieces of wheat bread toast with generous amounts of Jif peanut butter slathered on top and my cup of coffee.

Now, it’s just a tablespoon of Jif all by itself and no toast with that coffee and it’s worked for some 5 months.

Fact of the matter is, I used to have at least one, if not two pieces of bread daily with peanut butter.

But you will note tablespoon-divots in the peanut butter jar these days.

I’ve gotten to like Greek yogurt and a little cup of that makes a nice mid-morning snack.

I’ve resumed with a small cup of cereal and low-fat milk every morning and that’s probably a true Keto no-no, but it works for me.

Years ago, Neav and I went on a diet that included beets several times a week.

I am not a beet fan.

This diet says cauliflower is good.

Neav has tried some dishes attempting to convert cooked cauliflower into something palatable with meat broth.

It doesn’t work for me.

I think cauliflower tastes and smells like my old gym socks, no matter how much gravy you put on them.

Early on in our diet, Neav did a roast in the crockpot and would normally bury it with potatoes, onions and other veggies.

Neav said she had a bag of carrots she could toss in but under strict Keto guidelines, carrots are not a great option.

But I told Neav to “toss ’em in” because they’d be better than a bag of M&M’s.

The occasional bag of chips will appear in the pantry, but we count out the suggested number for a minimal caloric intake and that’s it.

No longer do you see us inhaling a bag in two days.

I allow myself no more than one graham cracker a day instead of a half-pack with a big glass of chocolate milk that used to be the standard.

Most times, it’s either ice water or un-sweet tea with meals and the beer industry will be glad to note that I still enjoy my adult beverages with an eye to those “lighter”varieties.

We both feel better and I like the fact that I can look down and see my feet on the bathroom scales.

Back in the day when I was younger, I’d put 10 pounds on during the winter.

Spring and summer would roll around, and with greater activity, I’d lose those 10 pounds.

Then, I started gaining ten, but only losing 5 and if you repeat that cycle over 10 years, you’ve added 50 pounds.

That’s what happened with me.

So, that’s my story and I’m sticking to it.

Could I interest you in a piece of turkey wrapped in cheese?