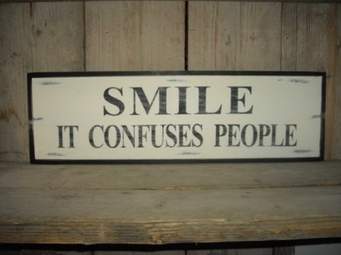 There’s something wrong in our country today.

We’ve lost our sense of humor.

Seems like everyone is ultra-sensitive and taking everything way too seriously.

It may not be “proper” anymore to say you watch or like the Simpsons, but the show holds the record for most episodes of a scripted prime time series in the U.S.

This was after a group urged the cartoon to do something about the character named Apu Nahasapeemapetilon who runs the Kwik-e-Mart in Sporingfield. They found his character demeaning and offensive.

Groening said “It’s a time in our culture where people love to pretend they’re offended”.

The key word is “pretend”.

So, if something about the Simpsons offends you, change channel.

Or, if the movie offends you, don’t watch it.

Or, if you don’t like the author, don’t read those books.

But, don’t expect everyone to have to change their choices because you don’t like them.

I’ve always believed that the ability to laugh at our mistakes and shortfalls has been pretty special.

Isn’t that what true satire is?

My favorite quote is from E.B. White who said, “Humor plays close to the big, hot fire which is TRUTH”.

It’s funny because beneath the surface, there is some legitimacy to the thought or opinion being shared and causing you to chuckle.

We’re so amped up, everybody’s talking loud and no one’s listening.

We’ve forgotten that we were give two ears and one mouth for a reason.

We can’t even debate issues.

By definition, debate is  a formal discussion on a particular topic.

Key elements of a good debate include logical consistency, followed by factual accuracy and some degree of emotional appeal.

It would be over-hyped and sensationalized to the point that tpoics would be lost in the glare of modern media.

There’s be a deep-voiced announcer telling you to tune in for the “Big Abe-Steve Smackdown” moderated by Vince McMahon, followed by “American Gladiator, Amish-Style”.

It also seems to me that there are some people who scrutinize everything we say, hoping to find something potentially offensive.

When I heard of a discussion between two individuals and the one said, “You must be out of your cotton-picking mind!”, the other person claimed to be offended because “some of his family had to pick cotton,” thereby inferring the statement was racist.

There’s some stretch in that rubber band.

I would call that  picking fly poop out of pepper.

It’s by my favorite author, anonymous.

Dale Carnegie once said, “People rarely succeed unless they have fun with what they are doing”.

It would appear to me, we have a lot of unhappy, thereby unsuccessful people in the world today.

Another quote I’ve hung onto over the years is this.

Florence Scovel Shinn said, “Thye game of life is a game of boomerrrangs. Our thoughts, deeds and words return to us sooner or later, with astounding accuracy.”

Which brings me to this topic.

The ability to lash out and spout venom is the norm.

I’m convinced many of the things posted on Facebook or Instagram, tweeted or e-mailed would never be shared if we had to hold them for just an hour before sending them on.

Baltasar Gracian said, “It is better to sleep on things beforehand than lie awake about them afterward”.

People will type things on a keyboard and send them on in a blink but they wouldn’t have the courage to say that to the same person’s face.

And yet, I remain the optimist.

I remind myself that what we hear about on the evening news is the exception to the norm.

That’s what makes it news.

Forty years ago, we didn’t have all of the information sources that we have today, clamoring for our attention.

“Ethical news reporter” is becoming an oxymoron in some parts of the country.

In my days as a news reporter, we strove hard to be first with the story but more importantly, it had to be right.

Okay, I’m old school and conflicted in a world where ethics seems to be in short supply.

And yet, I’m hopeful.

Viktor Frankl said, “The last of the human freedoms…to choose one’s attitude in any given set of circumstances.”

E.E.Cummings said, “To be nobody-but-yourself…in a world which is doing its’ best, night and day, to make you everybody else,,,means to fight the hardest battle which any human being can fight; and never stop fighting.”

I’ve drawn a line in the sand.