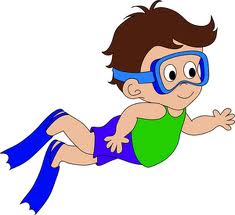 Pardon me, Billy Joe Thomas, but the title of one of your songs just seems to work for this update.

Folks in the Midwest have been grumbling about the the wet sporing which has evolved into a wet summer.

As of this writing, where I hang my hat, our rainfall is about one foot above normal for the year.

The way I figure, if it stopped raining today and didn’t rain again until October 1st, we’d still be above average for the year.

As much as it has rained here this year, though, there are wetter places on the plant.

A couple of locations in India average between 450 and 460 inches of rain each year.

That averages out to more than an inch and a quarter per day.

Hawaii has a state average of 63.7 inches a year but it varies widely based on which island and which side.

The Big Bog on Maui gets 400+ inches of rain while Mt. Waialeale on Kauai receives 370 inches or more a year.

Papaiko Mauka on the near east cost picks up over 200 inches a year while on the west side of the same island, Kona Village gets but 11 inches annually.

In the continental U.S., New Orleans is the rainiest with just under 63 inches a year.

However, Rochester and Buffalo, New York rate as the rainiest cities inn the country, tied with 167 days on average in which rain is measured.

So what makes it rain?

Since the Earth’s surface is 75% covered by water, there’s an abundant supply of moisture…in most parts.

Liquid water in the form of droplets condensed from atmospheric water vapor keep bumping together until they become heavy enough to fall to Earth due to gravity.

On their own, rain drops fall to Earth at 7-18 miles per hour but in windy conditions, it can be much faster.

Rain is more than just water since it can contain dirt, dust, insects, grass and chemicals.

I remember one time in my youth that a dust storm in Oklahoma resulted in an Ohio rain that left a dirty brown film on everything.

There have also been reports of frogs and fish falling from the sky but that was more likely the work of a water spout and not actually rain..

And just in case you wondered, the weather folks say a true heavy rain is one that falls at the rate of .39-2 inches an hour.

Still, it’s been damp and then some in a large portion of the Midwest this year.

So, how do you know if it’s really been rainy where you live?

There are more barricades than vehicles on the roads.

The state is thinking about making the toad stool the new state tree.

Did I see someone in the parking lot at Walmart on a Wave Runner?

The Coast Guard replaces the police department in your town.

Your state has become the 6th Great Lake.

The one day the sun does come out, authorities are bombarded by calls fro concerned citizens asking, “What’s that bright, heat-producing shiny yellow thing in the sky?”

Paddling is allowed in school.

(Think about that one for a moment.)

Your city council has passed legislation to build a lighthouse on the square.

You observe pairs of animals “just waiting” for a call…or a big boat.

The raincoat replaces sandals as the most-popular summer wear.

Thirty minutes of sunshine and the roar of lawn mowers is heard everywhere.

Life preservers in your back seat?

Umbrella “jousting” becomes a favorite way to pass the time in the office break room.

The one time B.J. Thomas hit is banned from airplay on the nation’s radios.

Around town, traffic lights are replaced by buoys and channel markers.

Mold is the new state plant.

You start to like that “clumpy” look your lawn has.

Isn’t water supposed to flow UNDER the bridges?

The backyard swimming pool is under water.

Wait!  I didn’t have a backyard swimming pool!

Your hands and wrists are sore from having to wring everything out.

Folks use a “flow chart” to get to work.

You’ve had to change your wiper blades twice this month.

Perma-wrinkle is the latest fashion statement.

The weather forecasters actually have only “fair weather” fans.

Bird start hitching rides on the backs of ducks and geese.

You observe a hawk swoop down in your yard to grab a mole…and start artificial respiration on it.

You know what’s going to happen, don’t you?

One day this rain will stop and someone will forget where we put the switch and then we’ll be able to grumble about how dry and hot it is.