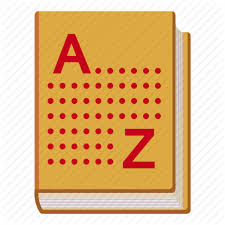 Merriam-Webster dictionary just came out with a list of 530 new words.

This is in  addition to the 640 they delivered to us in April.

Some of them are fairly familiar but a few caught me off-guard.

“Tall boy” is a double chest-of-drawers usually with the upper section slightly smaller than the lower section.

I thought it was a large bottle of beer!

“Dad joke” is a wholesome joke told by fathers with an obvious or predictable pun or play on words; endearingly corny or unfunny.

I’m thinking I’d be the illustration for “dad joke”.

Just ask my friends and family.

“Vacay”, the “new” word today for “vacation”,  is also included.

You see, today we’re too busy and space-starved on our I-phones to type in “vacation”.

Lest you think you’re too cool for the room, my wife, Geneva has been known as “Neav” for years.

So “vacay” isn’t that unique.

She got the jump on it years ago.

Other word meanings have been modified or expanded.

“They” is now also for a person who refers to their gender identity as “non-binary”.

“Haircut” now also refers to a “reduction in the value of an asset” as well as a trip to Bob Condon’s barber shop with the sometimes dysfunctional barber pole light.

Over the years, I’ve noted a number of word that actually have better definitions than most dictionaries include.

Now I don’t claim to have come up with all the the revised word definitions I’m about to list but a few of them are my own.

Most of these are just funny ways to look at life today.

BOAT…A hole in the water that the owner pours money into.

COMMITTEE…the cul-de-sac down which creative ideas are lured and then slowly strangled.

LOVE…the 7th sense that destroys all the 6 senses and makes the person believe non-sense.

CALORIES…tiny creatures that live in your closet and sew your clothes a little bit tighter every night.

(You gotta love that one!)

FEET…devices for finding Legos or table legs in the dark.

FUTON…Latin for “too cheap to buy a hide-a-bed”.

LATTE…Latin for “you paid too much for that coffee”.

DEMOCRACY…the freedom to elect your own dictators.

MARRIAGE…a relationship in which one person is always right and the other is the husband.

WEB MD…something that turns a mild cold into a deadly disease that will kill you in the next 24 hours.

BALANCED DIET…one cheeseburger in each hand.

ASKHOLE…someone who asks a lot of stupid, pointless or obnoxious questions.

TOMORROW…a mystical land where 99% of all human productivity, motivations and achievements are stored.

CARCOLEPSY…a condition where a passenger falls asleep as soon as the vehicle starts moving.

(I have 2 grandsons who are carriers of this malady.)

SECRET…something you tell everybody to tell nobody.

DIVORCE…from the Latin word meaning, “to tip a man’s privates through his wallet”.

GROCERY LIST…what you spend a half-hour writing and then forget to take it with you to the store.

COMPROMISE…the act of slicing  a cake in such a way that everyone thinks they got the biggest piece.

OFFICE…a place where you can go to relax after a strenuous night at home.

ARGUMENT…a discussion that occurs when you’re right and continues until he realizes it.

POLITICIAN…someone who shakes your hand before an election and your confidence after it.

From Robin Williams comes POLITICS…from the Latin word “poli” meaning “many” and “tics” for blood-sucking creatures.

FAILURE…getting an “F” on a paper, crumpling it up and missing the waste basket.

ARBITRATOR…a griller that leaves the roast beef place to work at McDonald’s.

ABDICATE…to give up all hope of ever having a flat stomach.

SYNONYM…a word used in place of the one you can’t spell.

WOMYN…a non-standard spelling adopted by some feminists in order to avoid the word ending in “men”.

CONFERENCE ROOM…a place where everybody talks, nobody listens and everybody disagrees afterward.

RIPPLE…what a large group of dwarfs do in the stands during a football game.

CASHEW…the sound of a nut sneezing.

And that’s the last word…for this week!